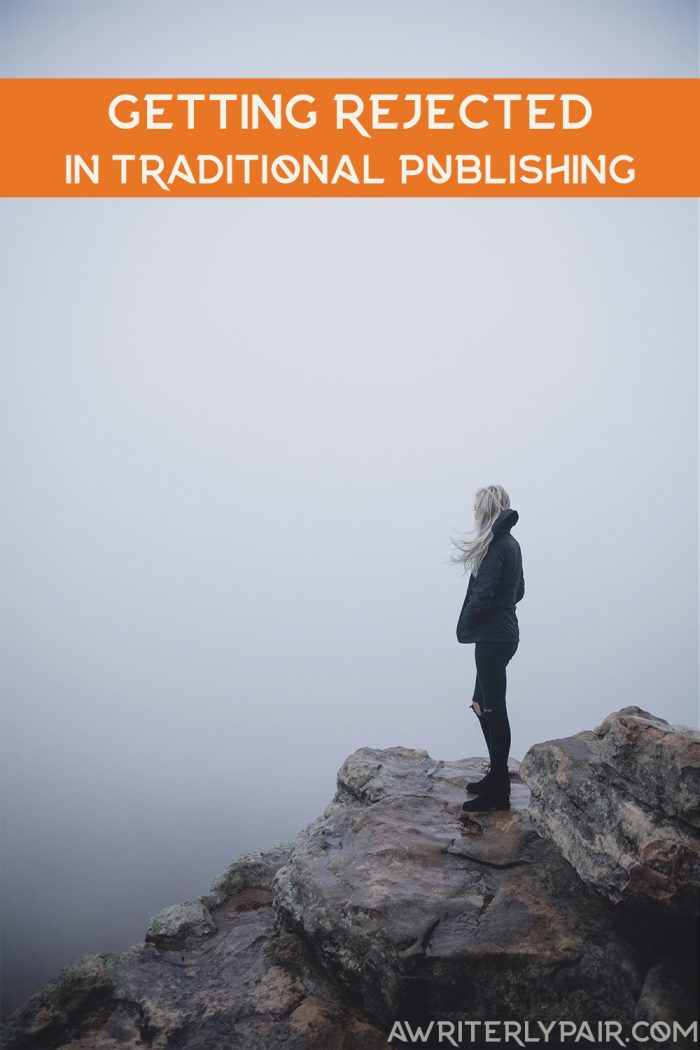 Have you ever been picked last for a game during recess or a science group in chemistry? Can you remember being not invited to that one kid’s birthday party, that you always thought you were pretty close too? Have you experienced being the last one to discover a secret no one was supposed to tell you? Well, If you can relate to any of these, let me tell you something: you’ve been rejected. If you can relate to all of these, find someone close to you and get a hug, I think you’ve earned it.

Rejection is an inevitable part of life. The problem that we as people face is not the fact that we will be rejected, but rather that we choose to live our lives avoiding rejection. We thereby limit ourselves and our own potential and we refuse to share with the world a portion of ourselves, effectively living in a cocoon, shying away from what life has to offer.

In writing, the rejection is conventionally more blunt than when the girl you like is telling you that she can’t hang out with you on Friday, or go to the movies on Saturday or Chat on Sunday because her dog is feeling blue (Thank goodness I’m married). Sometimes it’s as simple as “This isn’t a good fit for me.” and that’s it. If that wasn’t enough, you’ll most likely be receiving a lot of these before finally unearthing that glorious unicorn of an agent that is going to like your query enough to invest in you as a writer. If you got one on the first try, please send me the title of your book so I can read it because it must be the writer’s equivalent of the sistine chapel and I wouldn’t want to miss out on that.

Before Shy and I started querying Dawn of Endings we set a goal to get rejected 30 times before the end of the year. I am happy to announce we’re still on track (maybe even a little ahead of schedule). Why didn’t we set a goal to find our unicorn agent? We wouldn’t be querying without having that ultimate goal. But having just that goal would make it that much more devastating when the rejections come. Instead, we can approach them in an attitude of “okay, now we’re a little closer to that secondary goal” and brush it off so that we can keep working towards our goals. The thing is, with each rejection we’re an agent closer to ‘the one’.

Thomas Alva Edison supposedly discovered a thousand different ways of creating non-functional light bulbs before finding ‘his one’. J.K. Rowling got rejected twelve times. Walt Disney’s first company failed, his first pitch for mickey mouse was repeatedly rejected, he was eating dog food to survive for a period. Colonel Sander’s was living off of social security and in a van when he started KFC at age 60. What defines these eventual success stories? Persistence, determination, and discipline.

Edison is now known as the inventor of the light bulb. J.K. Rowling has sold over 500 million copies of Harry Potter. Walt Disney’s company is valued at $130 billion. KFC has more than 24,000 restaurants around the globe. Of course we would love to see such success in our lives- to be called the couple’s equivalent to Brandon Sanderson. I’m not going to fluff your feathers (heck, I won’t even fluff my own), you most likely won’t reach those same heights, but don’t ever let it be said that it was because you didn’t give it your all.

When faced with rejection, it’s important to be humble yet retain conviction. Though someone doesn’t buy into your idea does not mean that it is altogether rubbish. Every idea has merit, but no idea is perfect. That realization can help us use criticism to improve without letting it debilitate us.

For those of you reading this that are facing or have faced rejection, keep your chin up. We keep learning what we can along the way and we keep moving forward, because success is still ahead of us. Come what may and love it.