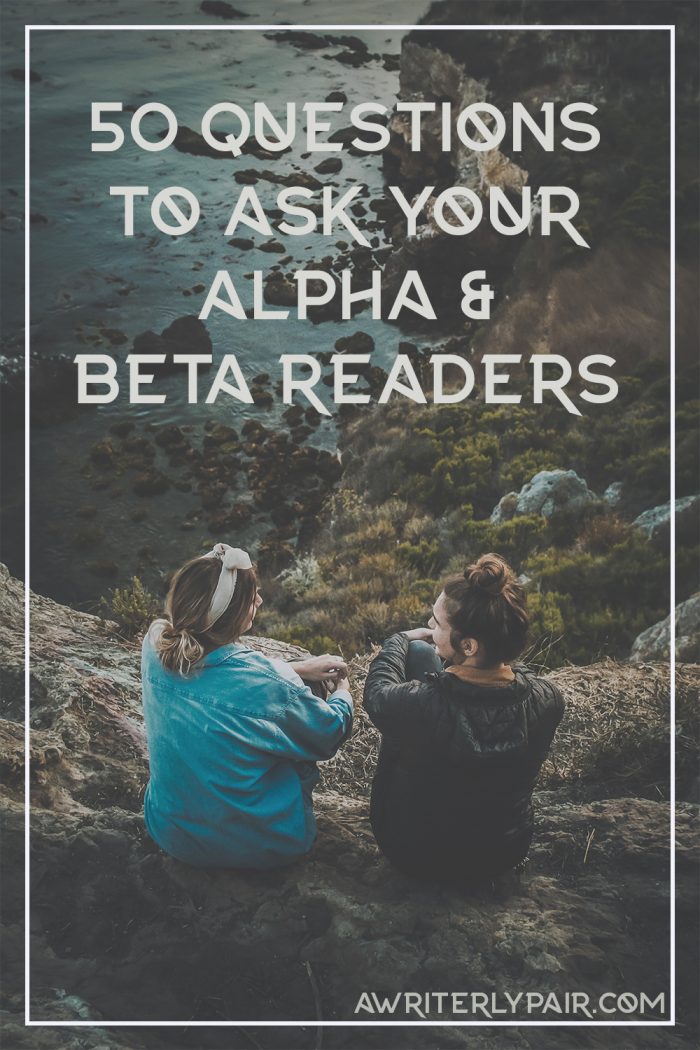 So, you’ve finished writing your manuscript and you’re ready to get some feedback. Congratulations! 🥳 *throws confetti* Or maybe you’re not quite finished and are procrastinating. In which case SHAME!

When it comes time to get feedback on your manuscript, it is helpful for both you and your reader if you narrow your focus. That way they know what you’re looking for and you don’t get inundated with unnecessary critique.

Matti and I went a more or less unconventional route and sent out our chapters one by one as we finished them. We never anticipated anyone actually wanting to read our first draft, but well, that wasn’t the case. 🙃 Today I have compiled a list of questions separated by character, dialogue, plot, and prose. I also added a section dedicated to chapter-by-chapter questions if you choose to go that route and a couple of handy “questions to avoid.”

Consider the purpose of each chapter and ask questions accordingly.

I like this BookTuber’s approach to chapter by chapter questionnaires:

Yes or no questions. Human beings have a tendency to speak as little as possible. Sometimes even the most enthusiastic readers need a little coaxing and nudging.

So what did you think? Like I said above, they’ll end up giving you no more than 3 syllables: “it was good,” or “I liked it.” Also, they may have trouble recollecting specifics so nudge them in the right direction.

So that’s it for now. Obviously you do not need to ask each reader EVERY SINGLE QUESTION on this list, so pick the ones you feel will bring you the most value. Is there anything we missed? Are there any you are excited to use? Let us know in the comments below!