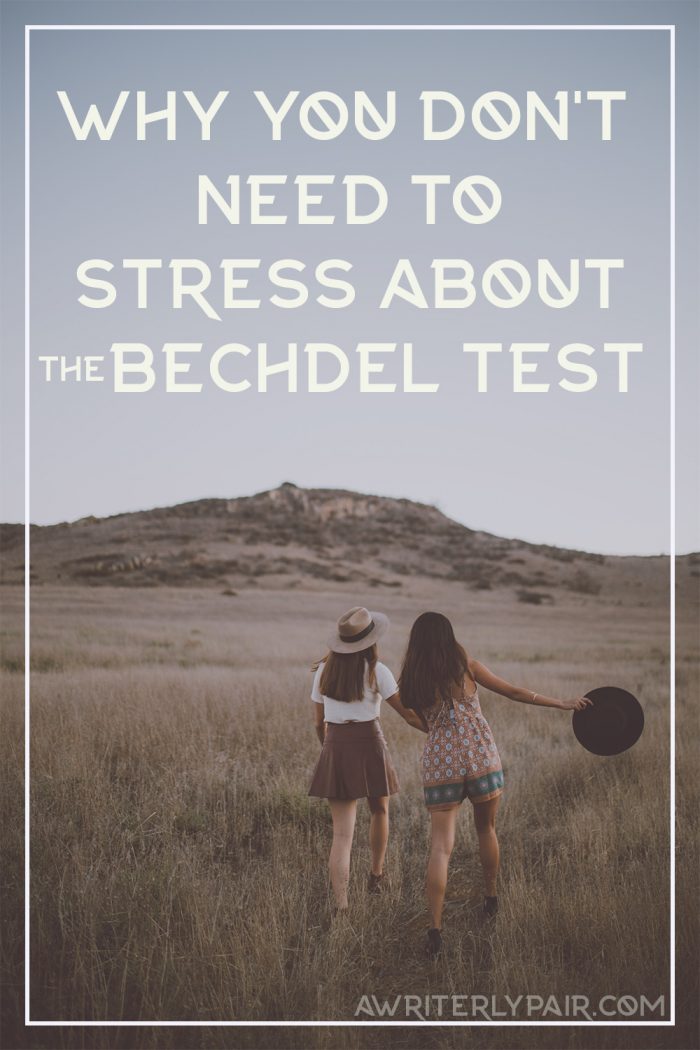 While writing the first draft of Dawn of Endings, I began to wonder if our story passed the Bechdel test. It had to. We have several awesome female characters and all of them have their moments where they put our male main character in his place. They are strong. Some are gentle. Some are flirts. Some are warriors. All are flawed. These are female characters I would be proud to have as role models for our readers.

So you would understand my disappointment when I realized that our story does indeed fail the Bechdel test. Since our story is told in a first person POV with a male MC, it was difficult to have a conversation that both progressed the plot and happened only between two female characters.

There was one scene where we almost passed, but one of the women mentions a young boy who is sick, which apparently counts as a fail even though there is no romantic connection. I considered changing the boy to a young girl. I suppose we could, but I asked myself, why? What value would it bring to our story?

I know this is a hot topic in the book and film industries and we will all defend our stance on it to the death, but I hope you will hear me out all the same, especially if you are stressing out about this particular standard of female representation in your story.

First of all, what is the Bechdel Test? Also known as the Bechdel-Wallace test, it is a “measure of the representation of women in fiction.” In order to pass, a story must have

It sounds simple enough, right? And I will be the first to admit that this is a worthy measurement in creating multidimensional female characters. Because women do exist beyond the scope of their romantic relationship with men.

What bothers me about this measurement is that a character can still be bland, unrelatable, or a total snooze fest while still passing the test; and a well-developed female character can still fail. Here are a few examples of characters I love that fail the Bechdel test:

2. Harry Potter and the Prisoner of Azkaban; Hermione Granger

Neither of these movies involves a named female character talking to fellow female character about anything other than a man. Does that make them less independent? Less intelligent? Less awesome? Absolutely not. They progress the story along in meaningful ways, they have character arcs, they make mistakes and learn from them. To me, these are all much more important boxes to tick in storytelling.

To reiterate what I mentioned earlier, I have no qualms with the Bechdel test. If this is something you take into deep consideration when plotting your stories, that’s great! You are doing a great thing for female representation in storytelling. My point in saying this is if you are stressing out about not passing it, I am giving you permission to ease up on yourself and consider other, equally worthy ways to create complex female characters.

Does your story pass the Bechdel test? Is it something you focus on? What are some of your favorite movies that either pass or fail the Bechdel test? Which of the alternative measurements is your preference? Let us know in the comments below!