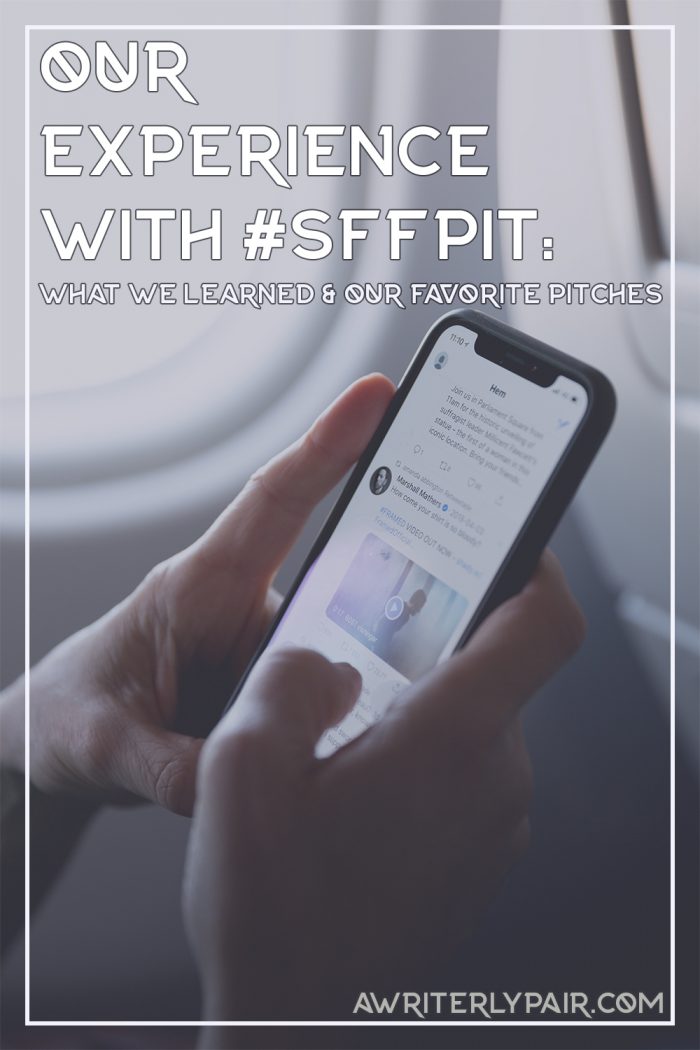 Do people even read the introduction to a blog post? I usually just skip to the bold points because that’s where the actual information is I’m looking for. If you read this, leave me a comment below and give me a good scolding.

1. You need a community.

I know, I know. Twitter is a big, loud place. How can you make any friends if your account has next to zero visibility or interaction? The truth is, I don’t have any specific answer because anything I suggest won’t guarantee results. It takes a lot of trial and error and *gulp* being yourself.

But the effort is worth it. Because trust me. You can have the most interesting main character in the COOLEST setting with the most intense stakes, but if no one retweets, then it will all be wasted, lost in the aether of Twitterspace.

What worked for me (and I say me because Matti is not a huge fan of social media) was stumbling across a tweet after June 2020’s Pitmad from someone I didn’t know at the time who was seeking a support group for those in the querying process. I asked to join, and was then added to a chat of about 50 or so people.

It started off as getting feedback on our queries and troubleshooting why we weren’t getting more (or in our case any) requests. Then we found solidarity in the slew of rejections and the maddening silence of nonresponses. Over time a handful of us started talking about things outside of querying. We know each others stories and are emotionally invested in each other’s successes. Two of us have even landed agents!

As new pitch contests were announced, we started preparing our pitches and worked together to improve them. One of us wrote a hilariously explicit tutorial on how to write a pitch that will get people’s attention. When June 29th came, each of us had 20+ friends ready and eager to retweet and comment on our pitches.

✨There are other ways to create a community, though. ✨

In the days leading up to a pitch contest, let your followers know you are participating and ask others if they need a retweet. Use the hashtag and search the top and latest tweets to see who else is making the same offer. Some even create lists that will show you a stream of tweets from only the accounts on that list. You can subscribe so your tweets are included in the timeline, or simply follow it and find a curated list of posts specifically related to the contest.

Yes, the plummet between the high of getting that notification that someone liked your tweet and realizing it was not an interested industry professional is devastating. In fact, I was adamantly reminding people the morning of not to like other writer’s pitches so minimize this exact feeling.

By the end of the day, however, I could say I have been converted to the truth:

More retweets does not always equate to the most visibility. If a pitch has 100+ RTs but very few likes or comments, it won’t necessarily be recognized as more popular than one with 90 RTs 10 comments, and 15 likes.

Also, I’m low-key annoyed this 👆 tweet got more attention than our pitches, but it is what it is. No one can resist a good puffin tweet. 😂

That being said, I wouldn’t suggest you go liking people’s pitches unless you have given them a heads up and have their permission. Because we are gentle creatures, after all. 😏

We researched Twitter’s most active times to determine when to post our most promising pitch. Reports say Twitter is most active between 11am and 1pm, so we thought that was when we should post our best pitch and scheduled our least favorite to go first. You could imagine our surprise and confusion when we learned it ended up being the one that got 100+ RTs and two acquiring editors’ attention.

We don’t believe this was because it was better received. Don’t get me wrong, it isn’t an awful pitch. It’s just that this one was the one that was always met with the least amount of enthusiasm in our chat group. Our other two did really well in our opinion, but there were more variables at that point in the day to contend with.

People are more engaged at the start of a pitch contest. EVERYONE is excited and more organized in that first hour. After that the burnout sets in and people have to return to work, feed their ankle biters, respond to comments, etc. So put your best foot forward as they say.

This was one tactic I noticed towards the end of the day and I thought it was GENIUS! A thread is a series of tweets from the same account. Usually its used when someone is sharing a play-by-play or when something is not able to be expressed in less than Twitter’s 280 character limit.

I find this to be extremely helpful to fellow pitchers and to prospective agents, editors, and publishing houses. If they see something that piques their interest, it would be very useful to be able to see any other pitches connected to it.

To do this, compose your new pitch, but before you click “tweet” scroll down a view of your previous tweets (this will be difficult if you’ve been retweeting a lot, but you may find it worth the effort). There will be three dots menu in the older tweet. Choose the “continue thread” option and your new pitch will now be threaded to your earlier one(s).

I have yet to figure out how to actually do this, but I will be working on figuring it out before Pitmad in September.

*Edit to clarify, you cannot thread a single pitch to give yourself more space. I am talking about threading your second pitch to the first one you tweeted earlier.

Choosing comparative titles is hard! Well, it can be. It certainly was for us. But a pitch without comps is simply not going to catch a lot of attention and will look like you didn’t do your homework. Don’t get too hung up on finding book titles though, especially only those in your genre. If your story vibes with a movie or a show, use it! My absolute favorite comp from this contest was GUARDIANS OF THE GALAXY + THE WITCHER and I cannot tell you how much I love this. Ours was SKYRIM meets RED RISING and that got a lot of enthusiasm from lovers of the video game. It was also a great conversation point.

The point of comp titles is to give professionals an idea of who your audience is. Just focus on that— and not comparing yourself to something your story can’t live up to— you will be fine.

6. Research those ❤s before you query.

Some agents and editors have specific instructions for pitch contests. Check their pinned tweet to see if they have any, then go to their website, MSWL profile, Publishing Marketplace, Query Tracker, etc. to determine if this agent would be a good fit for you.

Notice how I didn’t say “determine if you’re a good fit for them.” Many querying writers don’t take into account if an industry professional will benefit them. An agent works for you. You deserve a partnership that presents you and your work in the best light. If someone is interested, but you aren’t thrilled at the prospect of working with them, you are not obligated to query them.

If, however, you do decide to query, don’t rush. Take a day or two to celebrate and prepare your query package. You’re worth the time, believe me.

I mentioned in an earlier post that just because the contest closes at 8pm EST doesn’t mean the professionals can no longer participate. The contest is closed to new pitches, but professionals can like pitches indefinitely. So don’t get discouraged.

What you can do, though, is look through the hashtag and see if there are any similar pitches getting likes from agents. You can cold query them knowing they will most likely be interested in your opening pages.

And finally, our favorite pitches (in no particular order):

Did you participate in #SFFpit? Are you preparing for #Pitmad in September? Let me know in the comments below.