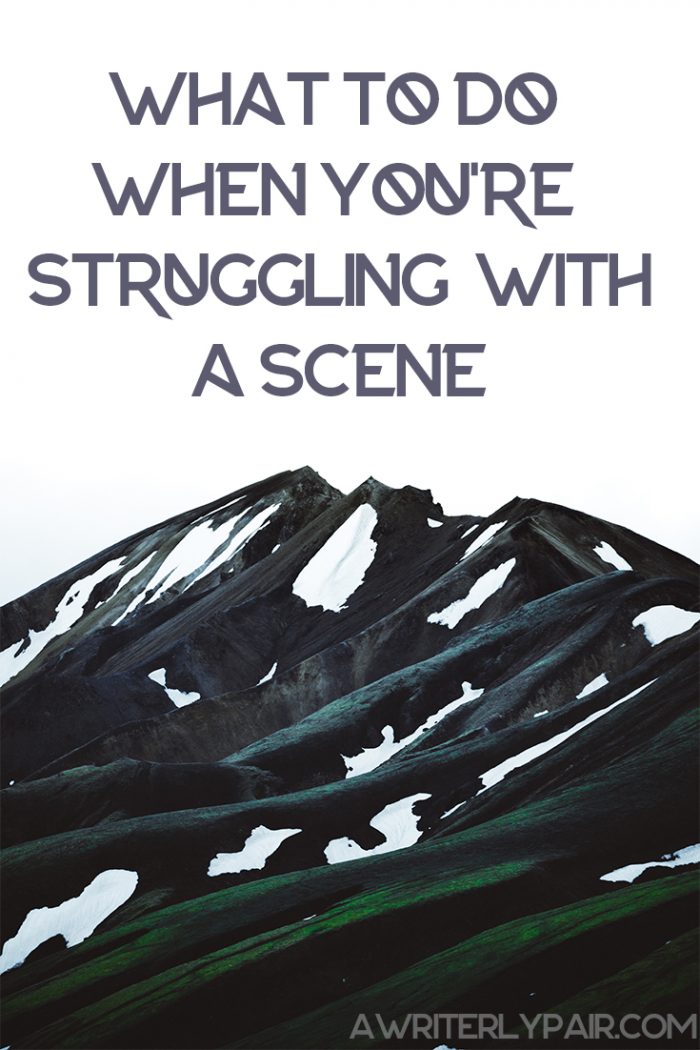 Writing descriptions has never been my forte. In fact, I used to bequeath Matti with every single setting description and fight scene because I found both to be so dang hard! If he was busy writing something else, I would throw together two or three sentences with the excuse that I did better with dialogue and hopefully Matti will swoop in later to fix it.

Unfortunately (or actually fortunately), the day came when I realized I needed to learn. I couldn’t rely on someone else because I was too scared to stumble along in the learning process. Don’t get me wrong, I could visualize a setting and the sentences themselves weren’t terrible. I was simply unable to create it as vividly on the page as I did in my head, so I would get stuck.

So I did some research, and more importantly, I gave myself permission to suck until I got it right. Here is what I learned— and be sure to check out a few helpful resources at the end.

After you have considered all of these things, remember that less is more. I’m going to get a lot of flack for this, but I can never actually say that I read The Lord of the Rings. I skimmed it. 🙈 Tolkien was a phenomenal world-builder— a real trail blazer for fantasy fiction. I love Middle Earth and watch the trilogy every December, but I’m pretty sure I remember him spending at least a page and a half describing a hobbit hole or the countryside. If you write like this, your modern day readers will start to skim, so make sure every sentence has irreplaceable value. If there are several things you really want to convey, sprinkle it in between dialogue and action to keep your reader awake. At the end of the day though, it is better to give them enough to see where your hero is, and evoke their emotions so they can leave the rest to their imagination. Trust your reader to interpret the beauty of your world in the way that resonates best with them.

That’s all for now, but here are a few awesome books to help you create more vivid scenes in your novel.

How do you fare against your descriptive settings? Are you a natural? Do they need some work? Let me know in the comments!