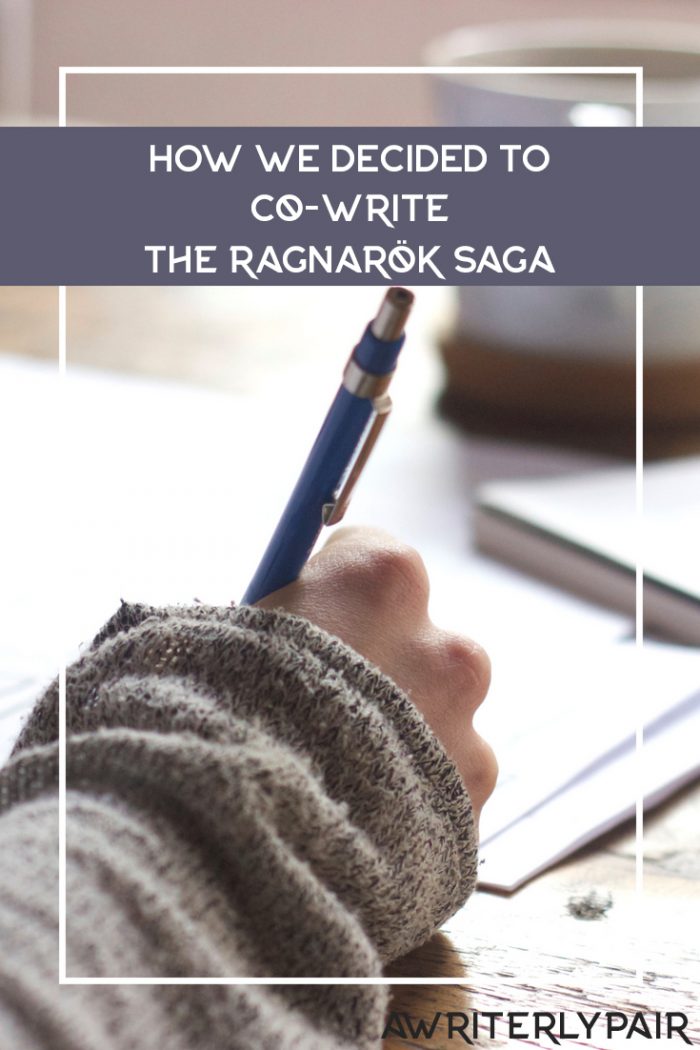 How does a project like our’s begin? Well in truth, it begins before Shirah and I met.

We have both had our share of intrigue in the mystic art of writing. As a young pre-teen I created anything my mind could conjure. Much to my parents’ dismay my projects were never limited by scale, resulting in some pretty large items in my parents’ backyard. Namely, I tried creating a to-scale replica of an airplane and got as far as to the point where the only thing missing were the engines – note the plural. On another occasion, I dug a hot tub in my parents’ backyard and with a plastic sheet and a water hose, made good use of it. I’ve used a collection of stones as any number of things; a computer, robots, magic weapons, anything I liked. My parents and I reflect fondly on the time I pulled off car antennas for some sword play.

My mind has never lacked imagination, only a proper outlet.

In later years, I have tried game design, programming (my current career), 3D art, 2D art, sketching, but never quite found my medium of choice until I tried writing. About 6 years ago I began writing my first novel, which I kept writing until Shy and I started dating, a few months later (I got too busy after that 😎 ).  Early on in our relationship I decided to share my first draft of the first 10 chapters of my book with her, I know . . . it’s a risky move. 😬 I thought to myself, well, If I really want to know if she loves me, I’ll have her read this and if she sticks around she’s golden. She stuck around.

At that time I hadn’t the foggiest that she was also interested in writing, so when she said “hey here’s some stuff I’ve written too,” I was really quite intrigued, and in a way that made our relationship a tad bit more vibrant. She was shy at first (see what I did there? 😅), telling me over and over again that she had never shared her work with someone outside her family before. When I finally received her short stories I was blown away. Let me tell you, she’s an amazing writer. This will become more evident to the world in the coming months and years.

Fast forward a year or so. We were working on separate projects but I felt like I lacked a deeper level of skill in the “show don’t tell” department, and Shy felt like her story was full of holes, resulting in both of us scrapping our projects (for the time being, at least).

About two years ago we both felt the need to reconnect with each other. We discussed ideas, date plans, nitpicked problems and their possible solutions, but in the end we both wanted more. We wanted something to do together regularly (other than the obvious 😨). When we realized that, the solution was too obvious. We decided to start a book project together and to become lifelong co-writers.

The struggles we had personally experienced before were the strengths of our counterpart, making us a pretty dynamic duo (If I do say so myself . . . and I do).

As for the project itself; since we live in Iceland and both of us love fantasy novels, it only took minutes until we knew what kind of story we wanted to tell. A historic fantasy novel, exploiting the vast amounts of unexplored ideas in Norse Mythology.

As for the results. You’ll have to stick around and see for yourself. At the very least it’s been a fun project that has helped Shy and I feel more connected.