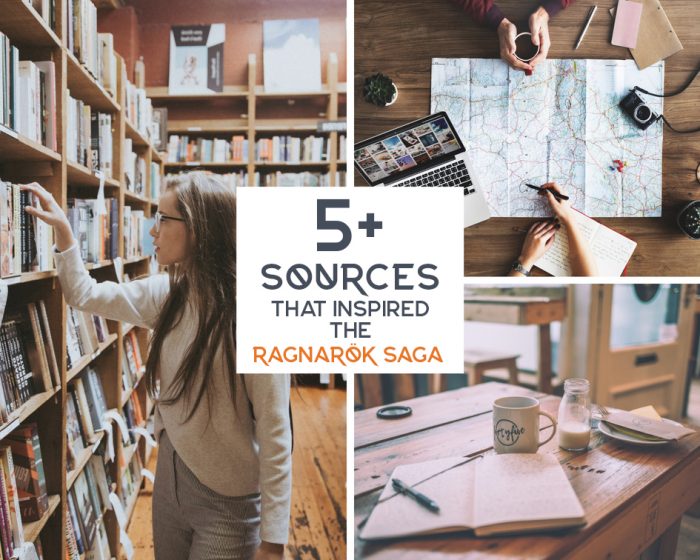 I would like to begin our very first blog post by thanking computer scientists Larry Page and Sergey Brin for their beautiful brain child, the Google Search Engine. *Cue angelic choir. Thanks to the internet, it has become so much easier to more accurately write a book. Assuming my sources are credible (double check your sources, people!), I actually sound like I know a thing or two about Norse Mythology, like I grew up with it’s stories at bedtime.

Which, I didn’t. 🙄😬 Before Matti and I met, I had no significant exposure to it. Shortly after we started dating he introduced me to Marvel’s Thor, which had come out the year before and that started my fascination with the stories and the culture. We spent two years researching for our story, and while we are taking some creative liberties, we intend to stay as close to the culture and mythology as possible. Here are a few of the most inspirational and informative sources we have been using:

I found McCoy’s website while searching “best Norse mythology books” and lo and behold, he had a post titled “The 10 Best Norse Mythology Books.” Here are the ones we bought:

I reference McCoy’s book probably the most. He is very thorough in his  introduction to Norse Mythology, and explains how the early Viking’s behavior and choices were influenced by their beliefs and their relationship with their “higher power.” It is well-written and an interesting read, too. I don’t feel like falling asleep while reading it 😝

Snorri Sturluson was an Icelandic historian and poet. There is debate among scholars about how accurate or reliable his recordings are, but his retellings of the myths past down from generation to generation inspired some of the diction and perspectives from the past.

Okay, so this isn’t exactly “text book,” but Gaiman’s retelling reads like any modern novel so it is entertaining to read aloud while Matti drives and gets the creative juices flowing. He also wrote one of Matti’s favorite book-turn movies; Stardust.

And of course, the BIGGEST inspirations for our book? Iceland! This island is one of the most diverse and polar extreme lands in the world! Being surrounded by such extraordinary phenomena and relentless weather, with scientific explanations decades or even centuries away, it’s no wonder the vikings had such tales and superstitions.

Have you been to Iceland? Are you in the process of writing your own novel? Let us know in the comments below!

3 thoughts on “5+ Sources that Inspired the Ragnarök Saga”